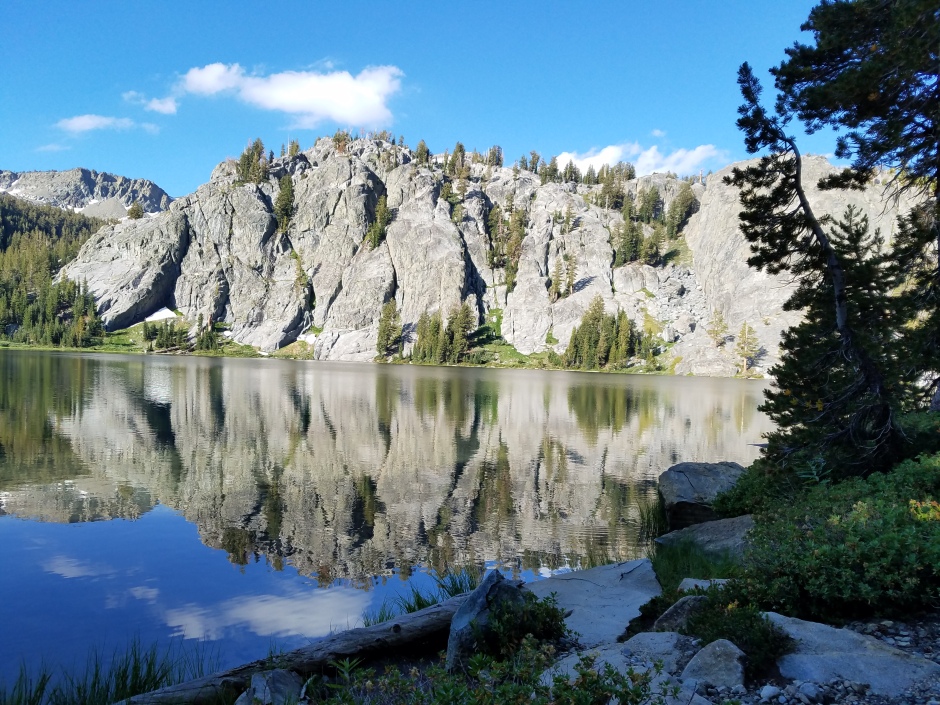 This was it: the day of my first resupply. I was heading to Red’s Meadow and had spent a while thinking about how much time I should spend there, considering the fact that I was a half day behind my original plan. 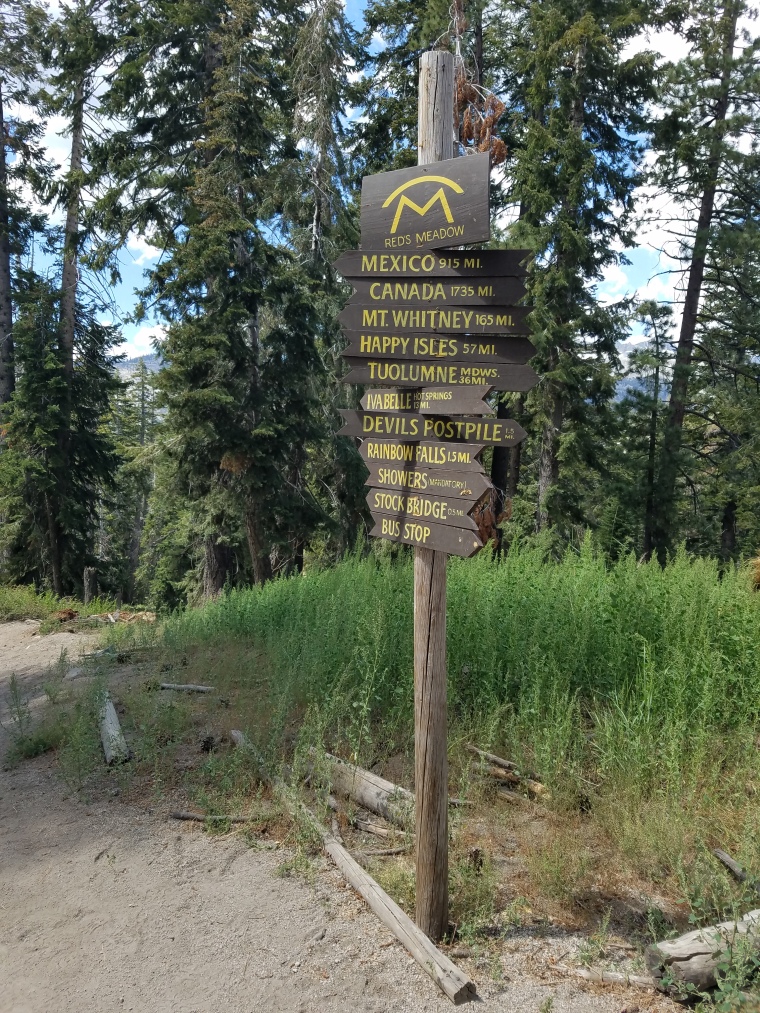 As I approached Rosalie Lake in the morning hours with an unexpected climb, I decided I could afford a few hours at Red’s. They had showers, laundry and a restaurant, all of which I craved badly. And there was no need to rush a good thing.

After Rosalie Lake the trail lost nearly 2,000 feet of elevation on its way to Red’s Meadow. I took advantage of the steady downhill and kicked my hiking pace up a notch.

Backpackers tend to move fastest when they are hiking toward a fresh meal or away from a touristy area. On this hike I was doing both.

The thought of a burger had me practically running past European women with tiny dogs taking in Devil’s Postpile National Monument. The sight of these lapdogs, the smell of heavily perfumed Europeans and the voices of clean people discussing what day hike to do made me move even faster.

I was cruising. I would have pushed a child over if it came to that.

Then something amazing happened. I paused to pull out my phone, on the off-chance that people = cell service. And you guys: I had bars! AND 4G. What a day, what a day. I called my husband during my hike, which shifted my impatience into pure joy.

When I arrived at Red’s Meadow, I picked up my resupply and began thinking logistics. I wanted to eat, shower and do laundry as efficiently as possible.

Obviously food would come first. I could shower while my clothes were in the washing machine. But there was one hitch: I didn’t have any clean underwear or bottoms. And the thought of putting on dirty underwear after my first shower in five days made me cringe.

My original solution was to buy a pair of shorts or pants at the Red’s Meadow convenience store, but they only had shirts. I walked toward the laundry facility to get a feel for the area. It was a small room consisting of three washing machines and three dryers. Everyone in the area was fully-clothed, but I was going to have to towel it up. There was no getting around it.

As I left the laundry room, I noticed a sun-soaked picnic table where hikers were laying out their solar chargers. I asked if my charger could join the party while I took advantage of all that Red’s Meadow had to offer.

While laying out my charger I chatted a bit with the backpacker at the table. He lived in the same part of Fort Collins as me. His hiking buddy was from California and was in the process of leaving the trail. He had wanted a vacation and wasn’t expecting the JMT to be so much work. I agreed that trail life had its own set of challenges and definitely wasn’t a typical vacation.

I continued to put off my dirty pants debacle and headed into the restaurant, where I ordered a burger with a side of fruit. It was easily the best burger I had ever eaten. And the fruit? Delicious.

I felt so great after eating that I splurged and bought a 10 minute shower. The price of one dollar per minute plus a towel rental brought me to a grand total of $12, which was more than my meal. But it was worth every quarter.

I’d started laundry before my shower and returned to it after, donning a white towel in place of pants. I told myself it was the same as wearing a skirt, but I still ended up cowering behind one of the machines while waiting for the spin cycle to fling the stench off my clothes.

A hot meal, a shower, clean clothes, phone conversations with loved ones: my heart was full. Red’s Meadow really delivered, giving me the mental boost I needed to continue along the trail.

I hiked up and out of the valley for four miles, moving through a dreary looking burned section of trail. Along the way I decided I’d let myself be a full day behind and stop stressing about mileage.

I arrived at camp feeling refreshed. And I was still in cell service range. I couldn’t have asked for a better day.

One thought on “JMT Day 5: $12 Shower Feels Like a Million Bucks”