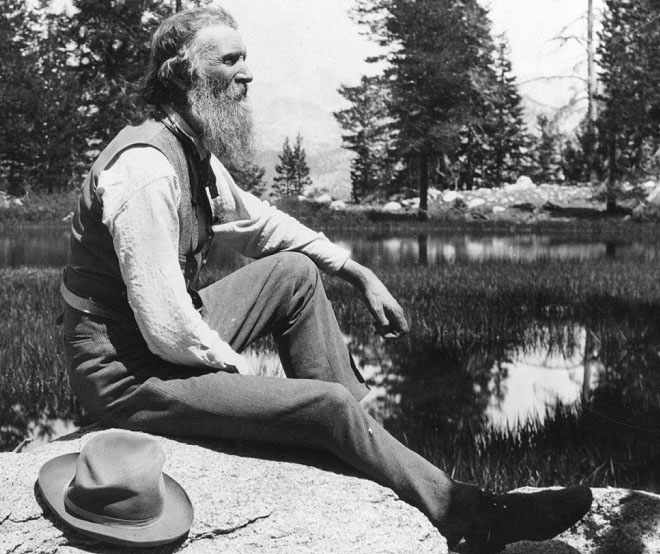 In my 9th grade earth science class we had a unit on some of the most influential conservationists of modern history. Within this group of incredible individuals, one seemed to stick out above the rest: John Muir.

Maybe this was because my science teacher found the need to say “John Muir” in a thick, Scottish accent, always accompanied with “the great sequoias of Yosemite.” Maybe it’s because Muir spent a chunk of his childhood years in Wisconsin, and I have a soft spot for my home state. Or maybe it’s because John Muir was arguably the most influential naturalist of the 20th century. 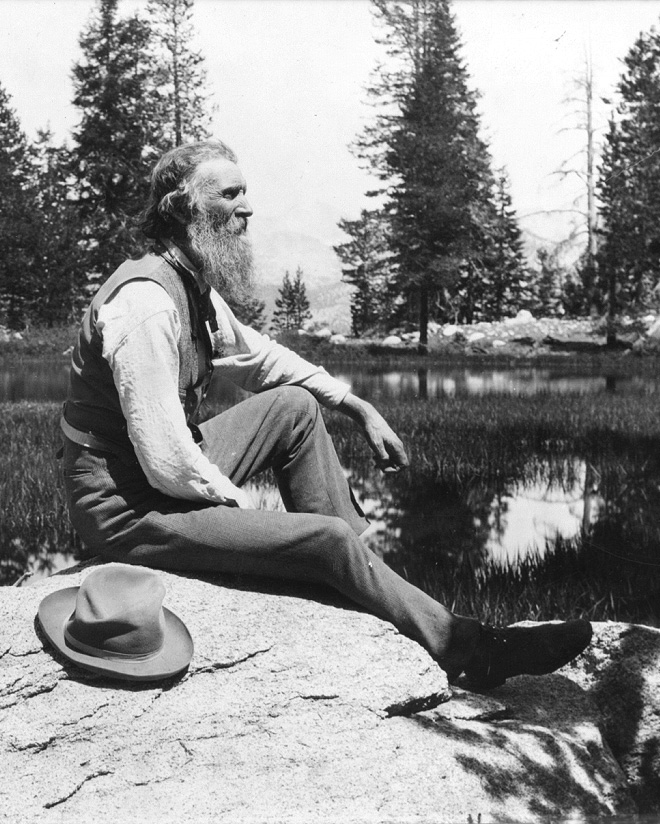 Muir was a farm laborer, an engineer, a scientist, a traveler, a writer and an activist. He wrote dozens of essays and books inspiring others to experience and protect their natural surroundings. He is considered one of the founding fathers of our national parks, with his essays playing an important role in the creating of Yosemite, Sequoia and Grand Canyon National Parks. Summing up all of this man’s travels and accomplishments takes a book, not a blog post, and luckily such books exist for your enjoyment. I simply want to point out the aspects of Muir’s life that I find especially interesting.

At the age of seven, he began learning Latin, French, English, math and geography, taking a special interest in natural history and America’s wildlife. Muir and his family emigrated to the United States four years later, settling on a farm in Marquette County, Wisconsin. Muir spent his days working for his father on the farm and taking in the beauty of the farm’s nearby woods, meadow and lake.

Although he had no formal schooling at this time, Muir took it upon himself to learn math, geometry, literature and philosophy. When he turned 23, Muir enrolled at the University of Wisconsin-Madison to study geology and botany. Just over two years later he left the university and returned home to await potentially being drafted in the U.S. Civil War. It was during this time, at age 25, that he traveled by foot from the Wisconsin River to the Mississippi River on his first botanical hike. He later moved to Ontario where he worked to improve manufacturing efficiency at a local factory.

When he was 29 years old, Muir was temporarily blinded in a factory accident.

I can’t help but wonder if his weeks without sight gave him a greater appreciation for the natural beauty he’d encounter in the future, strengthening his words of awe and utter respect in his writing. Once his vision returned, Muir left factory work to study nature, setting out on a 1,000 mile walk to Florida and Cuba.

At the age of 31, Muir spent his first summer in the Sierras, working as a shepherd. This was his introduction to the landscape that would spark his desire to fight fiercely for the protection of our natural spaces and inspire future generations to do the same. In the years to come, Ralph Waldo Emerson and Theodore Roosevelt would be among two of Muir’s guests in the area now known as Yosemite National Park.

In 1892 Muir co-founded the Sierra Club, a conservationist freight train of which he was the conductor until his death 22 years later.

This group campaigned for the Yosemite Valley to be returned to federal control for 17 years before Roosevelt signed legislation creating Yosemite National Park in 1906. This would be the nation’s second national park, after the establishment of Yellowstone National Park in 1872.

The Sierra Club appointed a committee to begin constructing the John Muir Trail in 1914, the same year of Muir’s death.

This is in part why the trail is named after him, as a memorial that travels through the same region Muir first fell in love with 45 years earlier. It might seem fitting that the trail took just over 45 years to complete, with the Great Depression cutting necessary funding and delaying the completion of the trail’s final sections.

Muir’s ability to infuse both written and spoken words with such passion that they were not only heard, but resulted in actions, is something I greatly admire. But what draws me closest to this man is his wanderlust spirit and willingness to follow his passions wherever they led him.

Muir was an incredibly intelligent man who spent most of his life exploring the Western United States and Canada, ooh-ing and ah-ing at the show these landscapes put on.

He was one of the first to climb a handful of 14ers, including Mt. Whitney, Mt. Shasta and Mt. Rainier. Muir spent a year traveling the world at the age of 65, visiting 18 countries. He continued traveling into his 70s, taking 30 weeks to travel through Africa and Naples at the age of 73.

I think it’s safe to say that those who travel along the John Muir Trail truly are honoring this man’s life by sharing the same sentiment:

“Keep close to Nature’s heart… and break clear away, once in awhile, and climb a mountain or spend a week in the woods. Wash your spirit clean.” -John Muir

Interested in learning more about John Muir? Head to the Sierra Club’s website for a deeper dive into his life. You can also read a number of his books, including “The Story of My Boyhood and Youth,” and “An Autobiography of John Muir.”